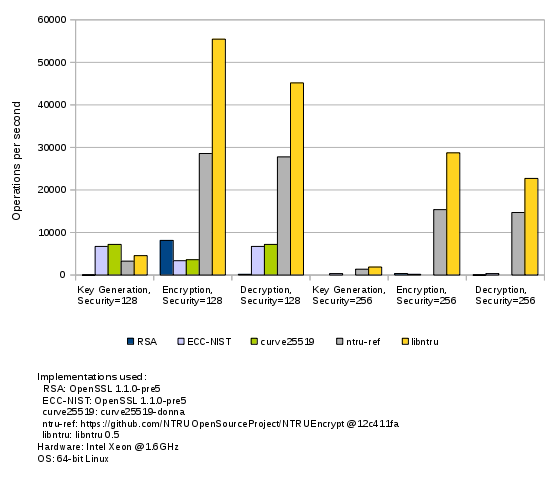 NTRUEncrypt is lattice-based and not known to be breakable even with quantum computers. Commonly used cryptosystems like RSA or ECC, on the other hand, will be broken if and when quantum computers become available.

In addition, NTRU is significantly faster than other public-key cryptosystems (rivaled only by Curve25519). The following chart shows results for an Intel i3 processor running at 3.1 GHz. The data was generated with the benchmark program that is included in the Java implementation running under Java 7. Mouse over to switch between 32 and 64 bits: